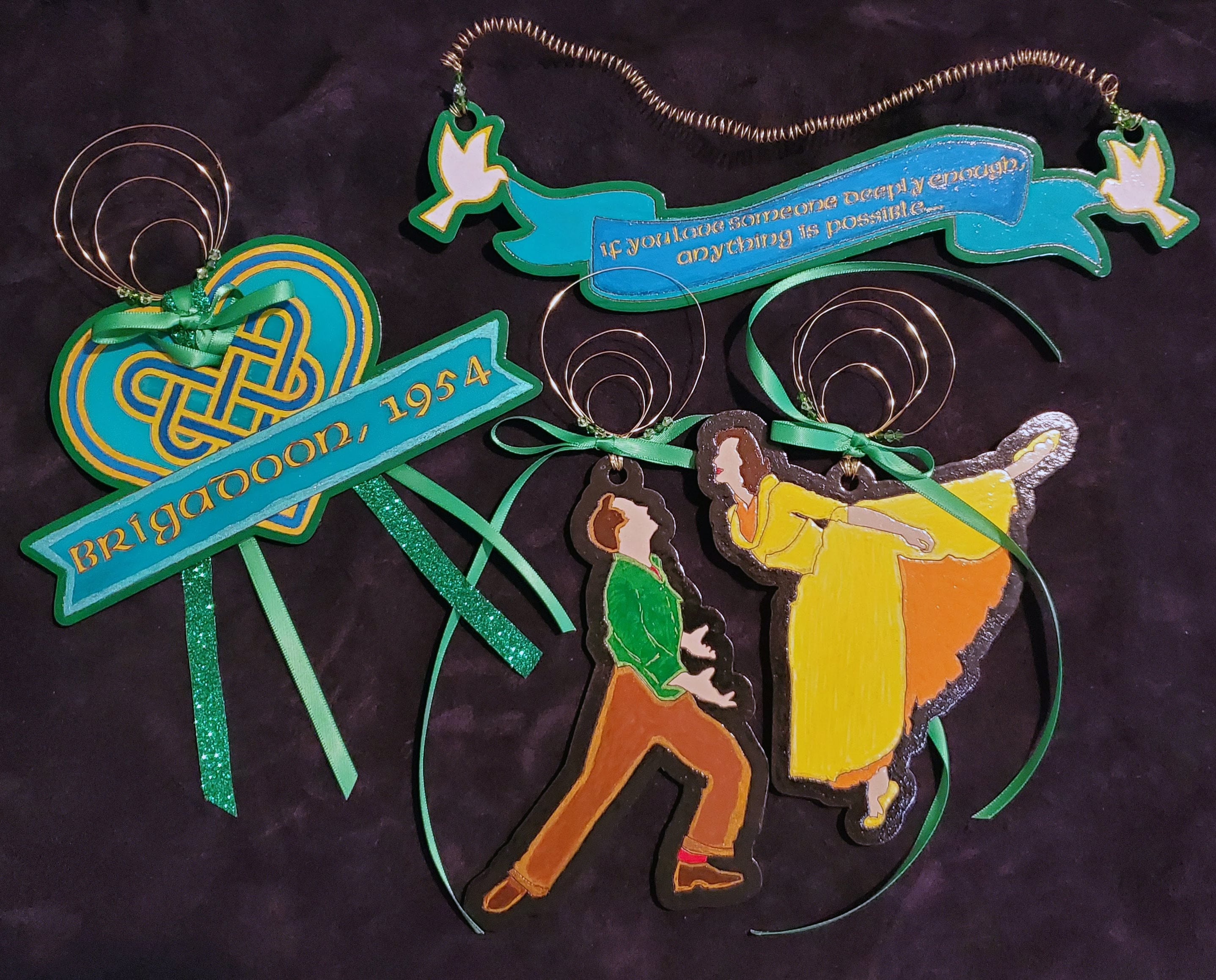 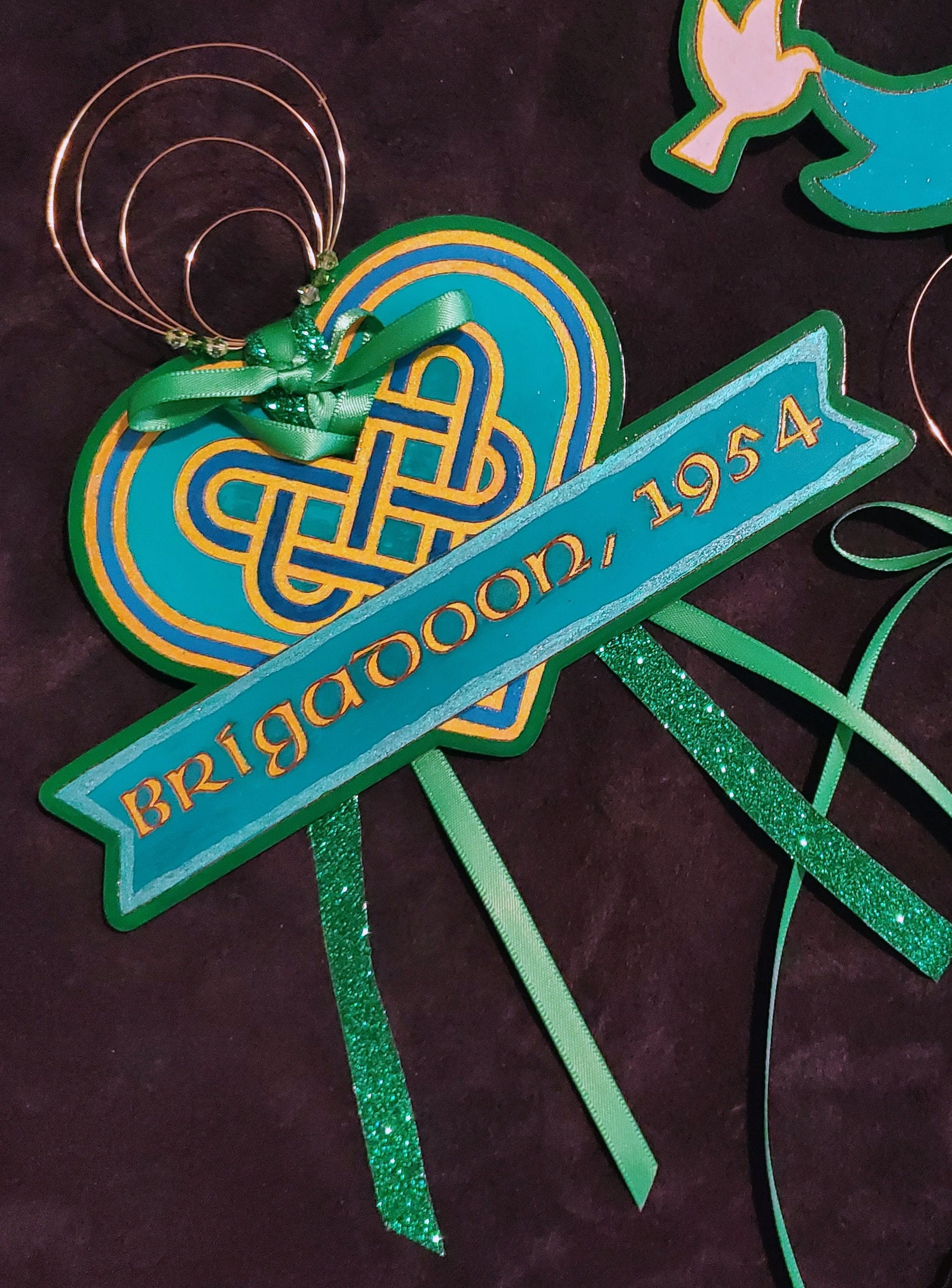 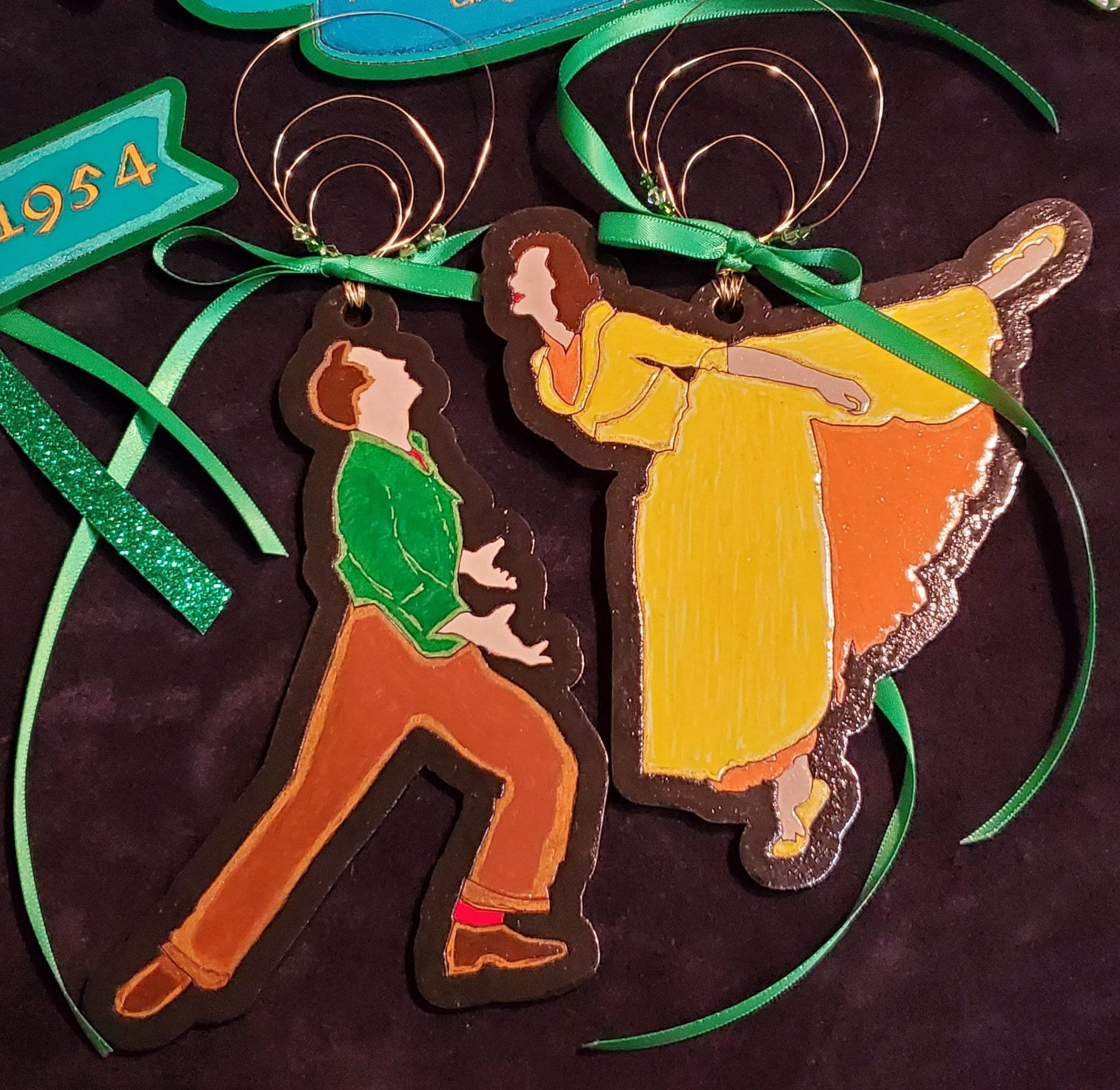 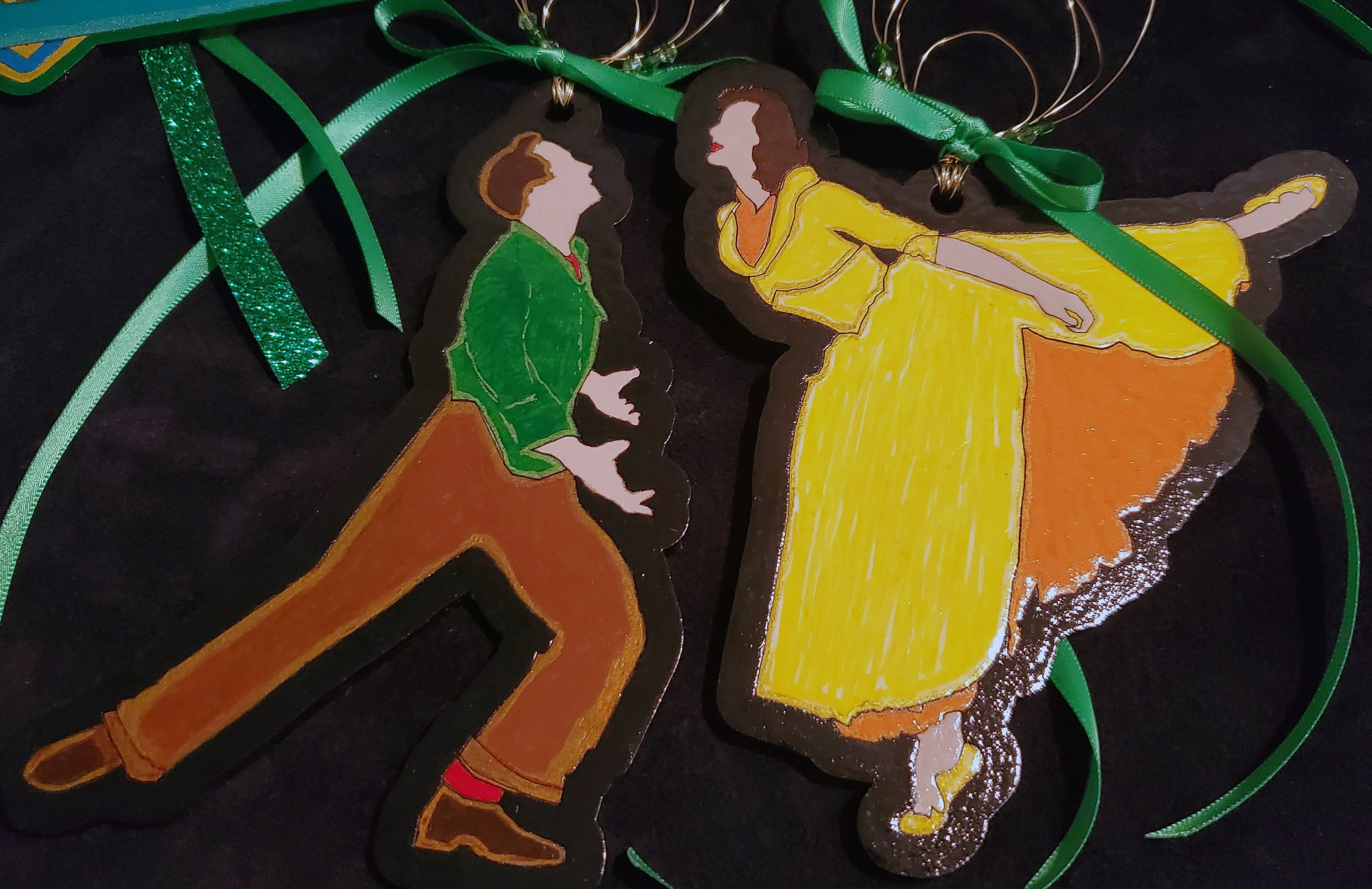 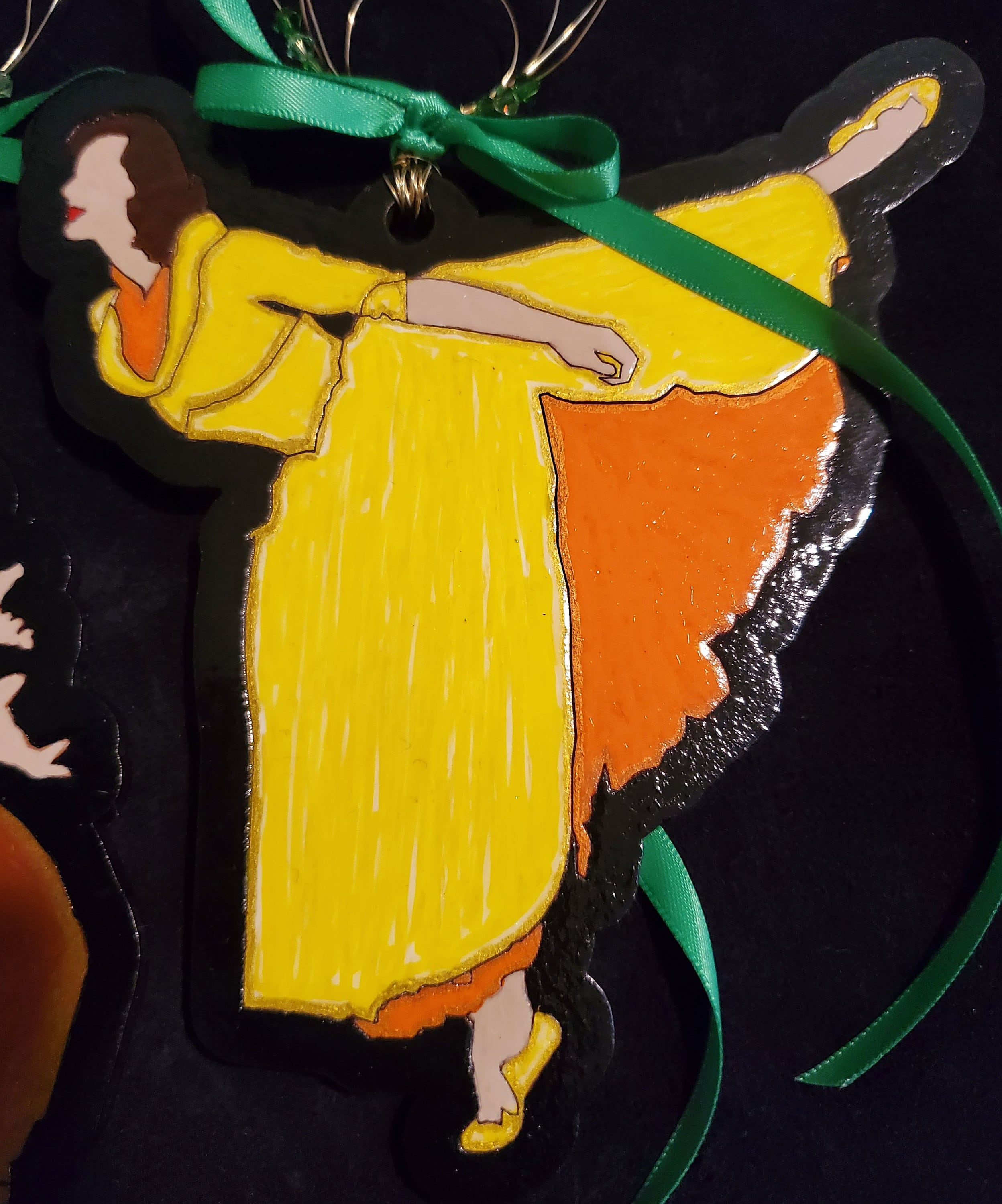 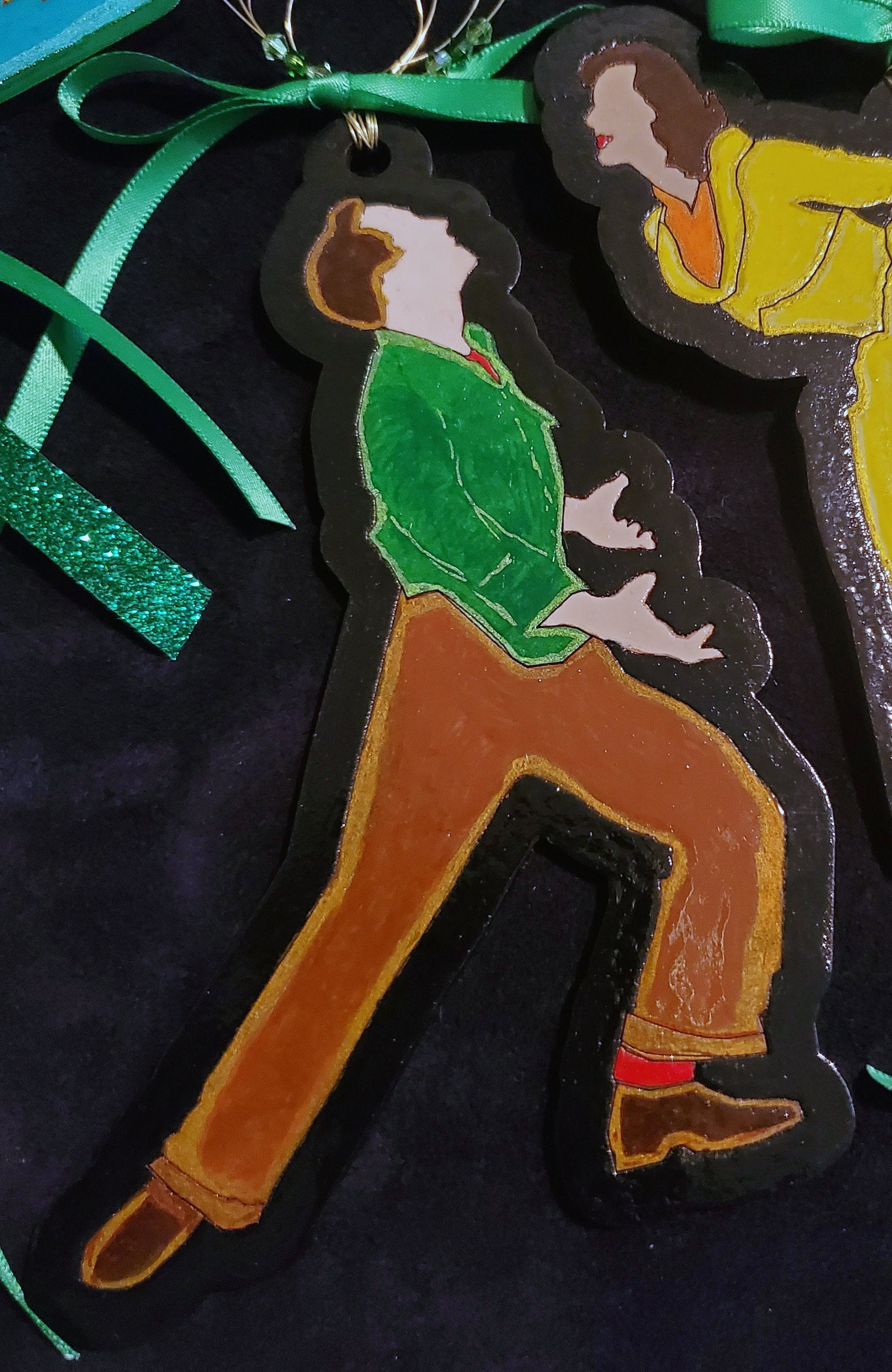 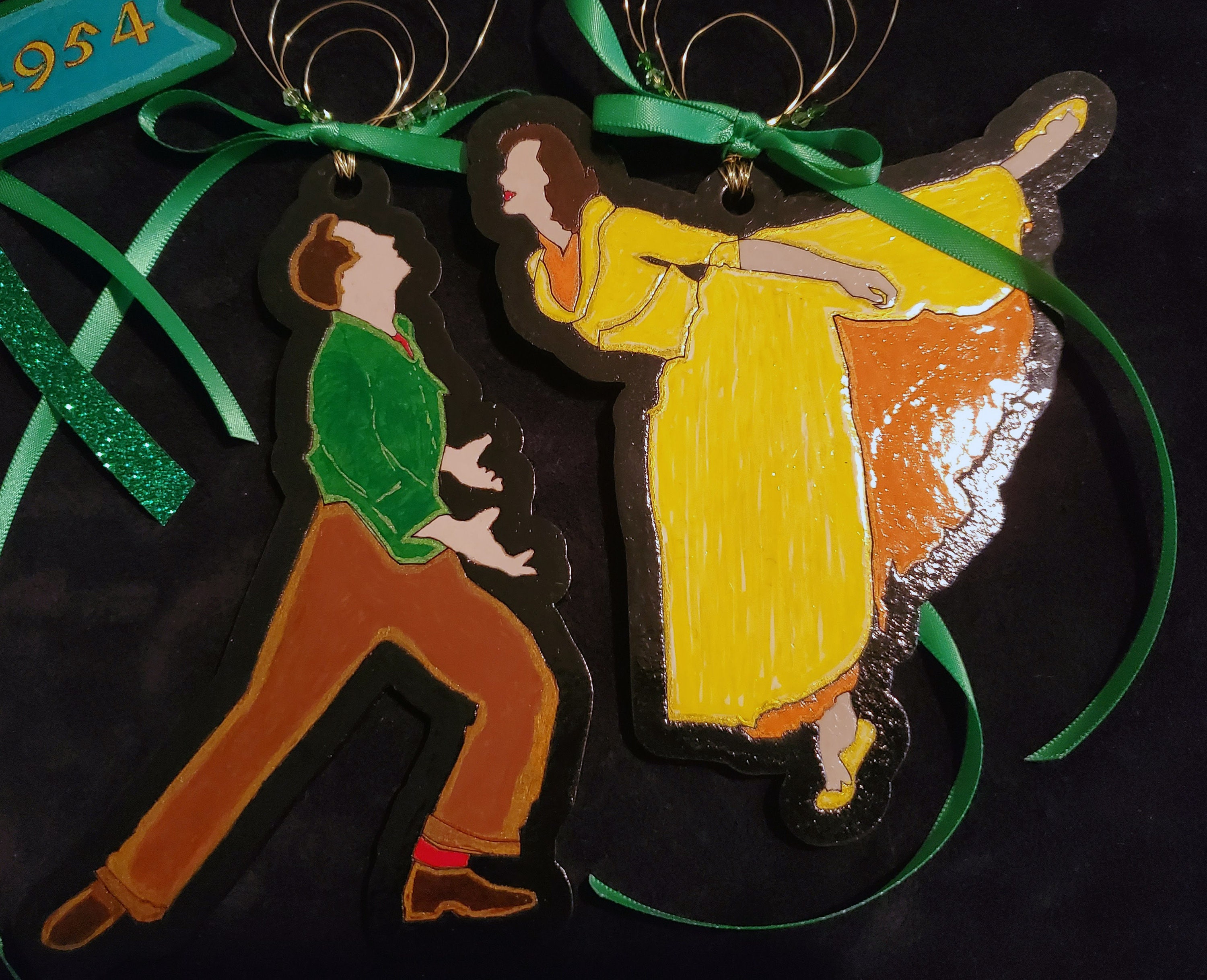 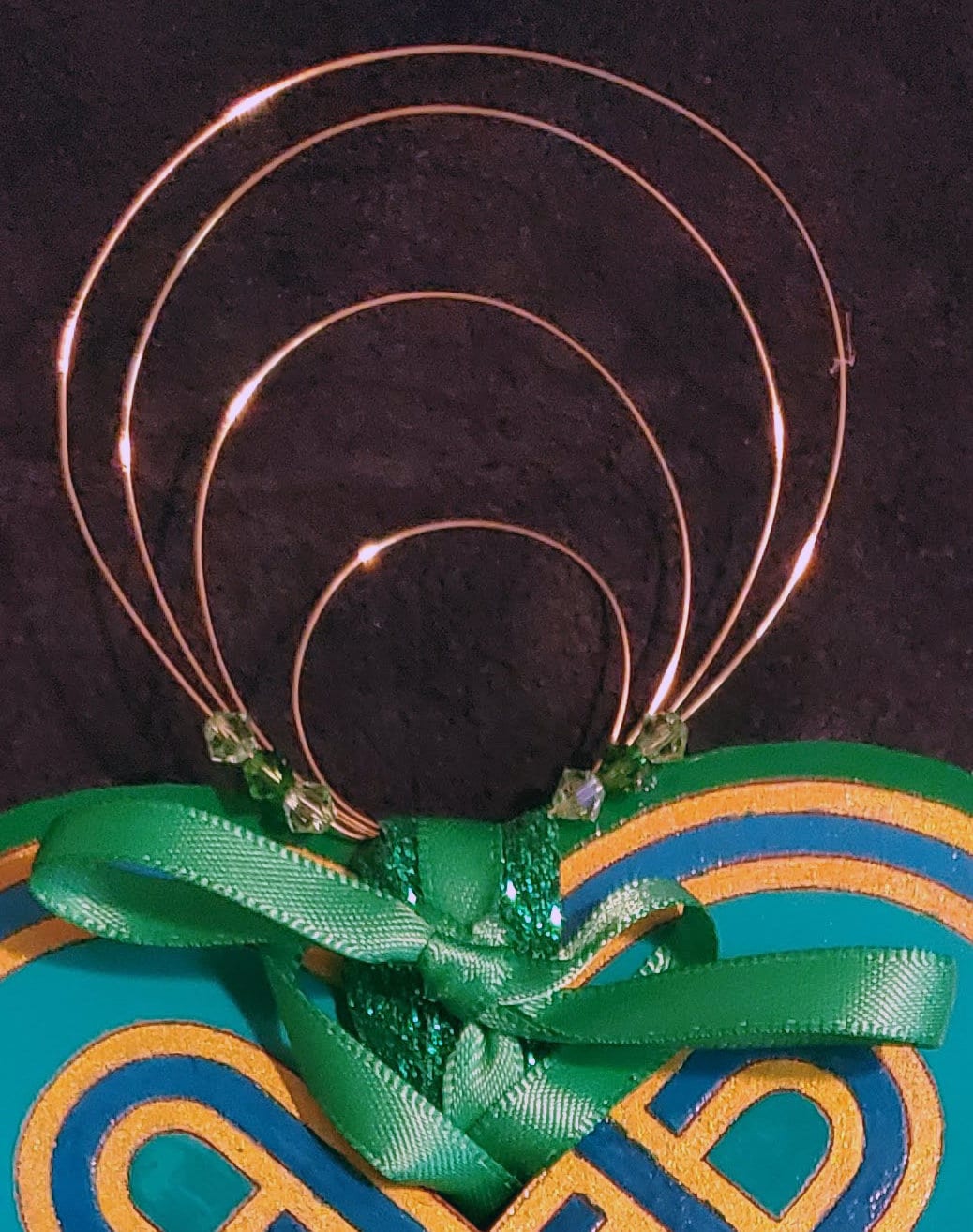 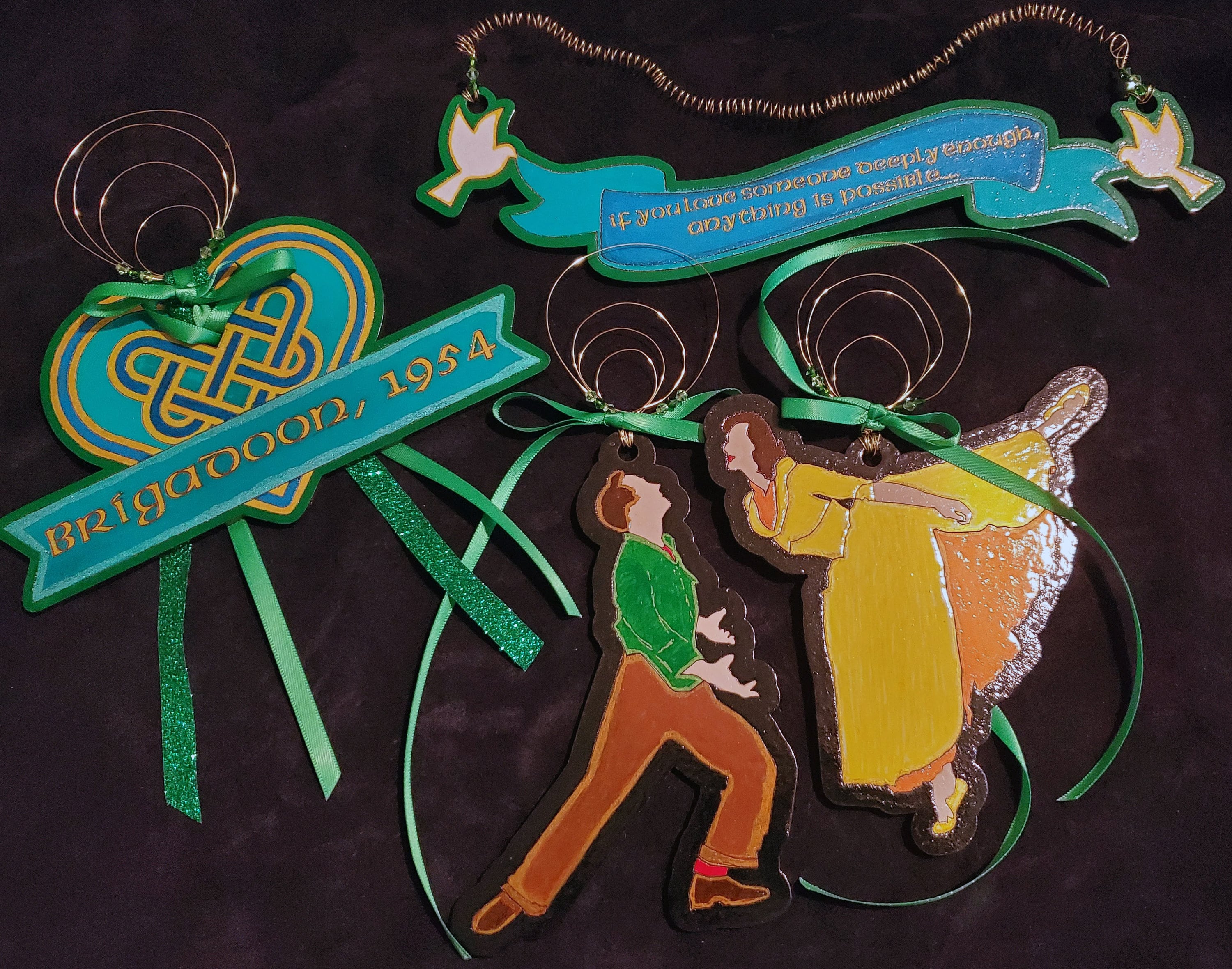 If you love someone deeply enough, anything is possible...even miracles. These ornaments celebrate the film Brigadoon made in 1954, directed by Vincent Minelli, starring Cyd Charisse and Gene Kelly written by Lerner and Lowe. Originally a Musical on Broadway, debuting in 1947. Despite the films continuity and historical issues, it is a beautiful film, won the Golden Globe for Cinematography, Gene Kelly choreographed and it introduces the timeless American standard, "Almost Like Being in Love". If you haven't seen it, you should, I canna (that is Scottish for cannot) recommend it enough!

These ornaments are cut from draft board, hand painted and glossed. Gold wire hangers with two shades of green Swarovski crystals and green satin and glitter ribbons are the finishing touches that make these ornaments perfect for anyone who loves musicals.

This is a limited numbered run of 20.

Ship items back to me within: 7 days of delivery

I don't accept exchanges or cancellations

But please contact me if you have any problems with your order.

The following items can't be returned or exchanged

Because of the nature of these items, unless they arrive damaged or defective, I can't accept returns for:

0 items in your cart